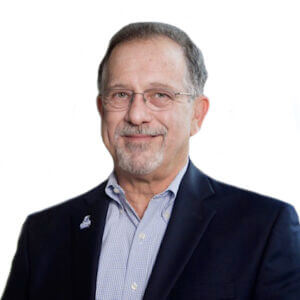 Prior corporate responsibilities include Vice President/Chief Marketing Officer and Vice President/Group Publisher. As CMO, established the company’s corporate research department--responsible for the on-going quantitative and qualitative analysis of American business.  As Group Publisher, had overall management responsibility for 20 business journals and over 600 employees.

American City acquired The Sporting News (America’s oldest sports publishing company) in 2006. Served as Publisher for the first three years of ownership, seeing it through reorganization, redesign and digital transformation.

Adjunct Professor. Taught graduate classes (at night) in Business Communications, focused on soft skills, for the pure enjoyment of working with students.

The positive response received from the students and the school’s leadership led to make the full-time transition to education and RCB in 2015.

Advertising Manager, East Coast.  Responsible for advertising and promotion during the early introduction of Japanese motorcycles to the American public in a 20-state area.  Was given the opportunity to work with global headquarters in Japan as well as the establishment of Kawasaki’s first manufacturing plant in the United States (in Lincoln, Nebraska). Given Kawasaki’s success, and the desire to be in a senior advertising leadership position, switched from the client side of the business to supervising the Kawasaki account for J. Walter Thompson in Los Angeles.

Junior Sports Reporter.  Started as a summer intern in the sports department which included working for sports journalism legends Furman Bisher and Lewis Grizzard. After the summer, I was hired full-time and continued my education at Georgia State at night. At the AJC, was given the opportunity to write, edit copy, and learn page design.

Junior Achievement Volunteer of the Year, 2008

Current Board of Directors