Each member of our leadership team is experienced and passionate about health and wellness.

They oversee everything that goes on at Corporate Health Unlimited, and their resources and knowledge will ensure your project meets all your needs. 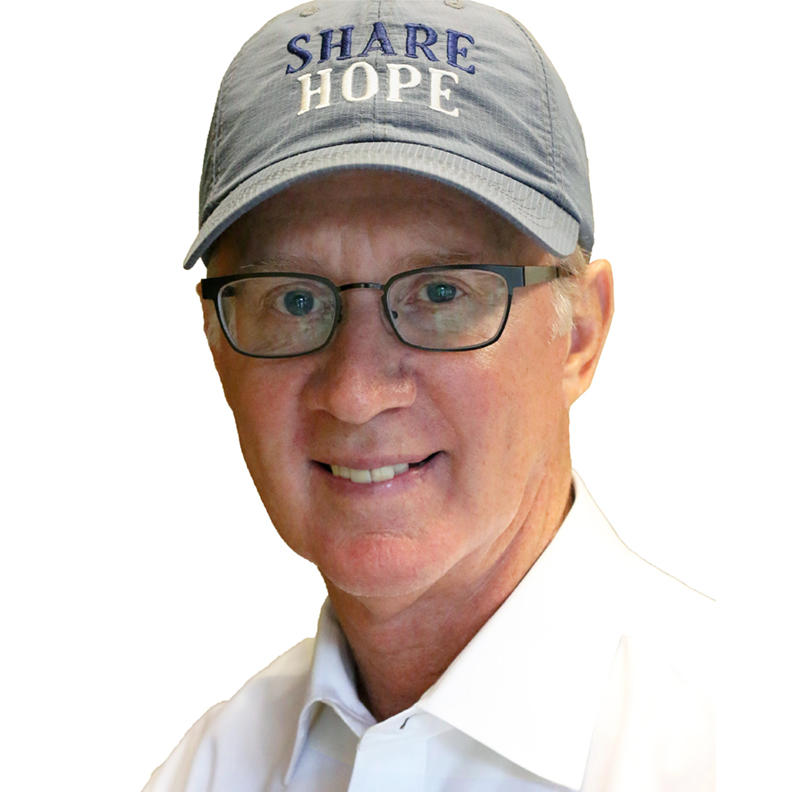 Don is also the Founder and President of the WE Event Series (formerly The U.S 10K Classic), a local, national and international sporting event, held each Labor Day weekend in Atlanta, Georgia. This road racing event (walkers, runners, inline skaters, cyclists and wheelchair athletes) brings over 200,000 people together annually from around the world. A Georgia 501(c)(3) non-profit event that benefits (100% of the proceeds) children’s charities.  The U.S. 10K Classic was developed as a vehicle to bring awareness and funding to children’s charities, and for the development of the World’s Children Center, a planned community which will accommodate 800+ homeless, orphaned, foster and/or neglected children from Georgia, the United States, and the World. Since 1994 over $5 million dollars has been donated to 30 local charities that assist children at risk.

Whitney, a 10-year veteran tennis professional, worked with Sports Illustrated for RockResort Properties at the Dorado and Cerromar Beach Hotels in the Caribbean.

Don has been or is a member of and is active in such organizations as:  Society of Incentive Travel Executives, Meeting Planners International, Georgia Chamber of Commerce, Atlanta Chamber of Commerce, Cobb Chamber of Commerce, Cobb County Chamber of Commerce Chairman’s Club, Atlanta Convention and Visitors Bureau, SHRM Atlanta (Society for Human Resource Management), and has served on the Board of Directors for Junior Achievement, Special Olympics, The U.S. 10K Classic and the World Children’s Center. He is presently on the Board of Directors for the WE Event Series at the World Children’s Center. He has been actively involved with Compassion International, World Vision and Christian Children’s Fund since 1976.  Don was honored by the Atlanta Chamber of Commerce and the Atlanta Business Chronicle as the “1995 Small Business Person of the Year” and was a finalist in the 2002 Business Division for Ernst & Young Entrepreneur of the Year for Georgia, Alabama and Tennessee. Don was selected as “Citizen of the Year” for the City of Smyrna, Georgia in 2010.

Don is married to Cathy (Executive VP/CSU) for 27 years and they have twin boys who graduated from the University of Alabama in 2015. 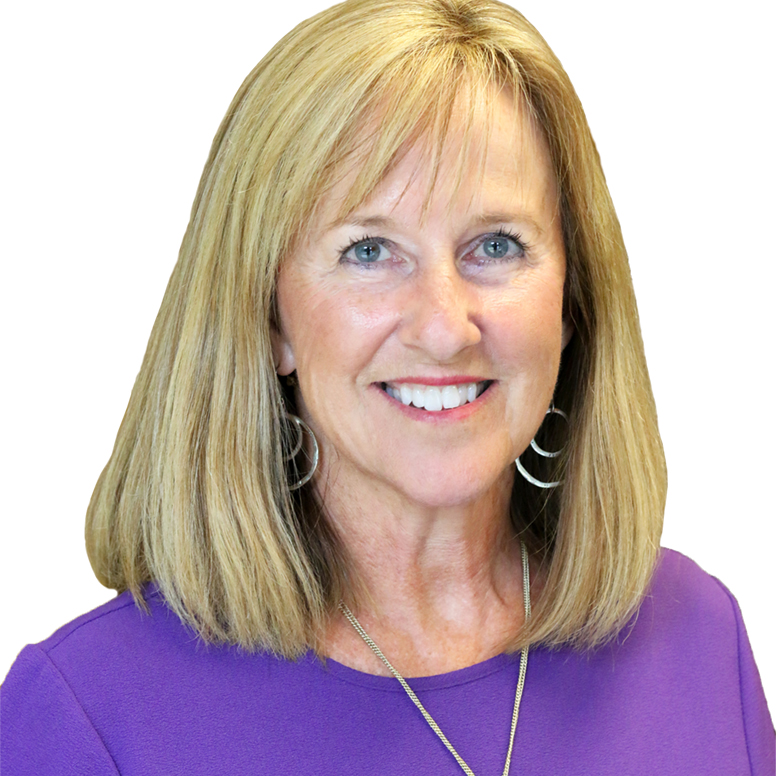 Cathy Whitney grew up in Atlanta, Georgia, and received her B. A. from Emory University in Political Science.  She spent 15 years with Norrell Corporation, a staffing service firm, with 250 offices and $800 million in sales.  She began in field offices with positions including Region Operations manager, then moved to the Corporate offices in Atlanta with roles including Operations Training Manager (for all operations associates in the U. S. and Canada), Marketing Manager, Quality and Process Improvement Manager, and Manager of Human Resources.

During the Atlanta 1996 Olympics, Cathy worked with Randstad, an Olympic and Paralympic Sponsor, to develop a hiring system for employees with disabilities. In 1997, Cathy joined Corporate Sports Unlimited as the Executive Vice President and Board Member for the U. S. 10K Classic and serves on the World Children’s Center Academy Board of Directors.

Cathy is married, with two sons and lives in a suburb outside of Atlanta. 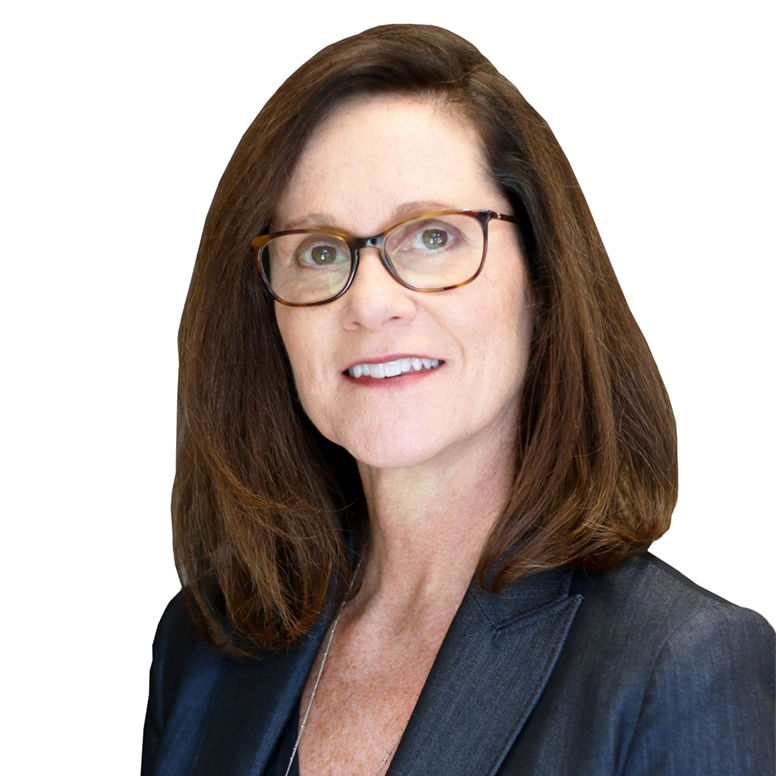 Laura Clark is committed to providing companies with solutions for getting and keeping their workplaces healthy. With more than 25 years of experience and leadership in the health and wellness industry, she leads the Corporate Sports Unlimited, Inc. (CSU) Health and Wellness Division as Vice-President.

Throughout her career, Laura has set and achieved high performance standards for herself and her team. At Hyatt Hotels, she completed corporate management training and earned the prestigious Horatio Alger award. From there, she spent 15 years with Wellbridge in various leadership and management positions, serving the upscale fitness center market. During this time, she was recognized for building top-producing sales teams, managing large-scale operations and implementing client-centric customer solutions. As Regional Sales Manager at Tennis Corporation of America (TCA), her commitment to successful management, operations and growth earned her the President’s Award. 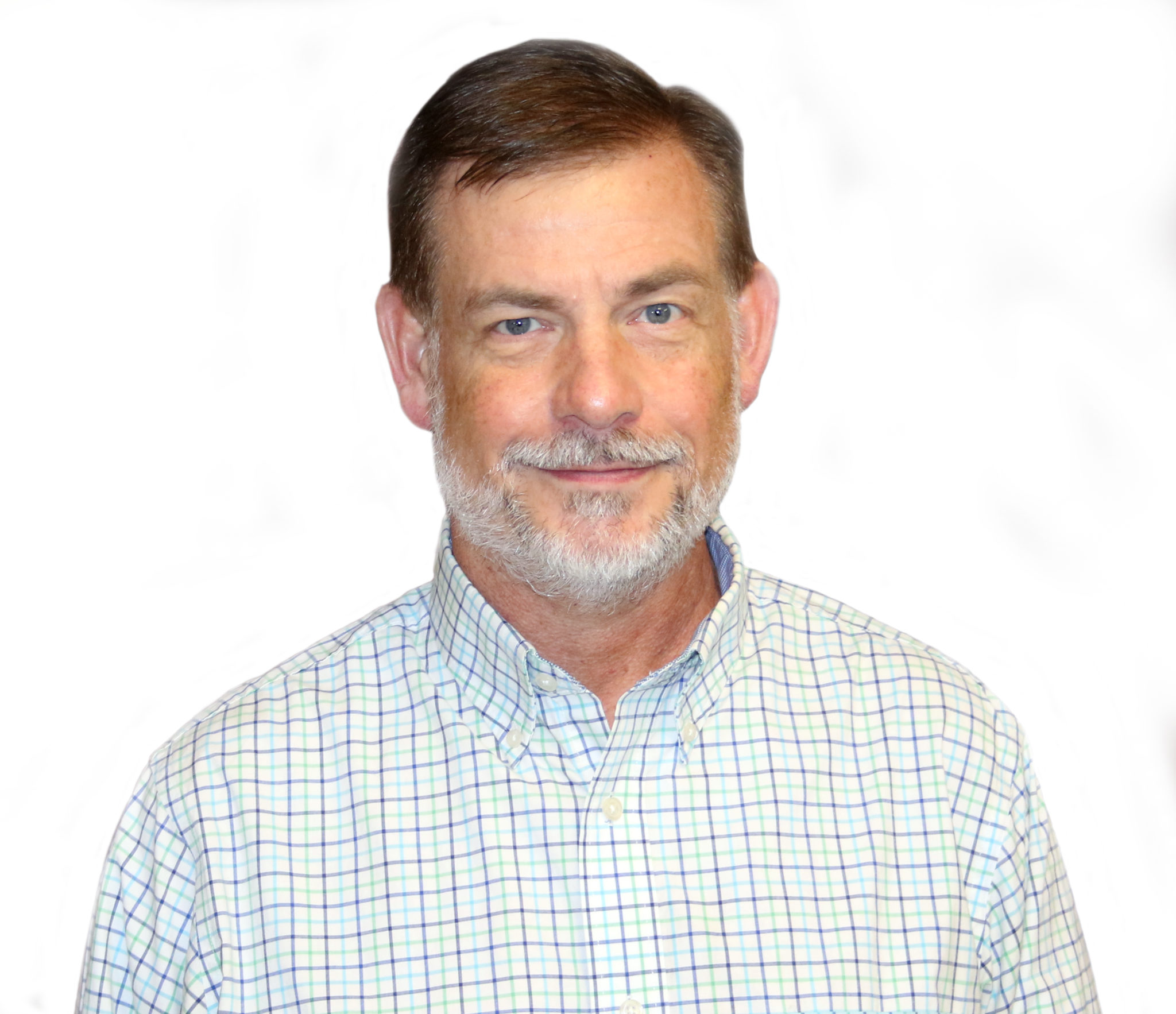 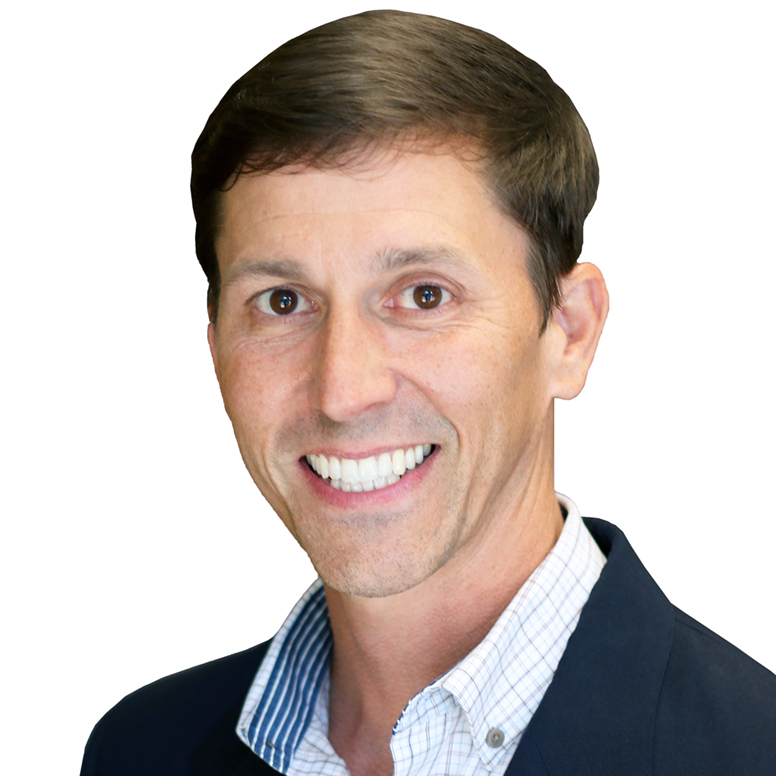 Chan Snipes joined Corporate Sports Unlimited, Inc. in 1994, where he has cultivated more than 20 years of health and wellness expertise. Since then, he has served in almost every fitness center role within the company and today serves as Senior Regional Manager, providing leadership, support and growth opportunities for his team. Because he has been on the front lines and worked his way up, Chan truly knows all the ins-and-outs and what it takes to initiate, develop, build and implement successful and impactful corporate fitness solutions.

Chan’s career at CSU began as an Exercise Specialist, quickly growing to Supervisor and Managerial positions. As General Manager of the Blomeyer Health Fitness Center at Emory, his commitment to excellence and leadership skills earned “Facility of the Year” for seven of his nine-year tenure.

As Regional Manager of CSU’s Health and Wellness Division, Chan has assisted with the opening and renovations of 15 facilities, provided account management for multiple corporate clients and spearheaded development of custom wellness programs for national clients. His expertise, attention to detail and commitment to quality along with his exceptional wellness background has enabled him to consistently improve programs and club performance. His focus is on growth and quality service for both clients and members alike.

Chan’s knowledge, work ethic, loyalty and tenure with CSU combined with his passion for excellence in programming and client services makes him an invaluable asset and critical part of the executive team. 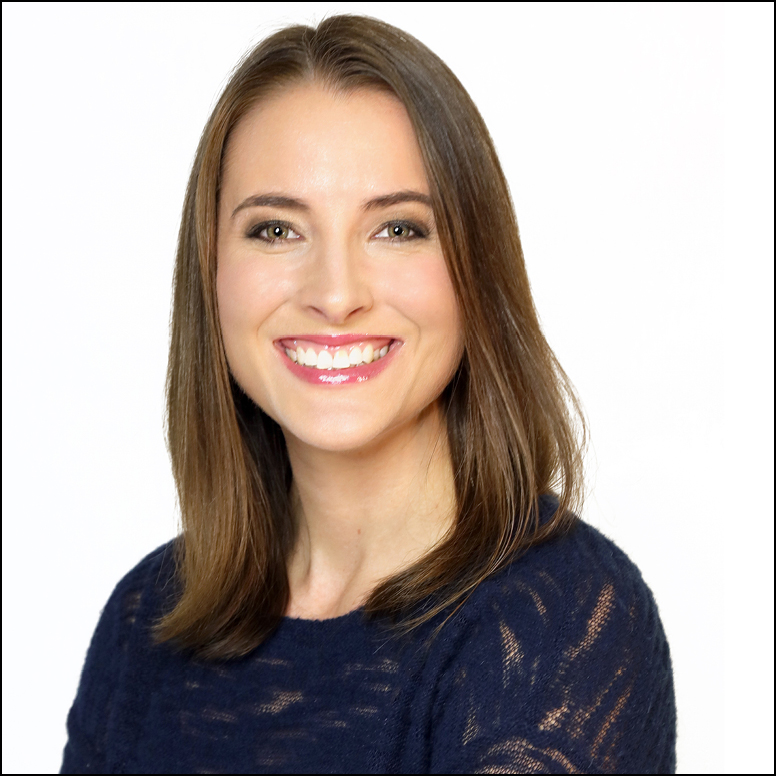 Jen is in the business of people. She leads our Human Resources efforts and is responsible for organizing all things employee-related.  She’s all about finding the right person to for the right job who exemplifies the values of the CHU culture.

Ever the people-person, Jen’s engaging personality and overall positive energy serves her well in her mission to strengthen and expand the CHU family.

Beyond the leadership, our corporate office is staffed with professionals with a range of skills to help make your fitness center the best it can be.

Our corporate support includes accounting, reporting, recruiting, marketing, training, and program development. It also provides oversight to our facilities, ensuring that they are meeting and exceeding the standards that have been set. 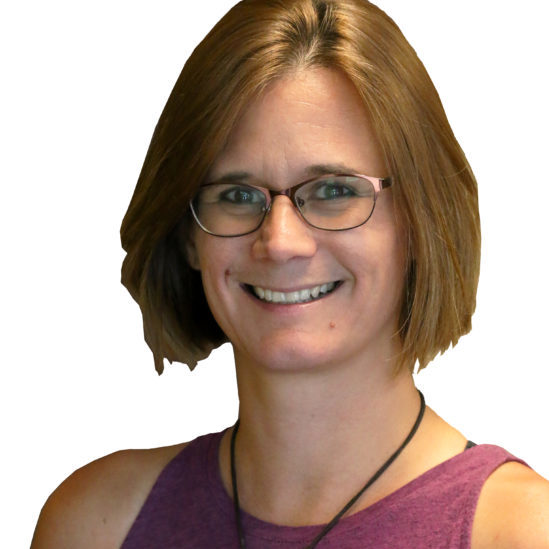 Shana has been a constant key player with Corporate Health Unlimited since she began her time with us in May 2007 as a Wellness Coordinator for Cox Enterprises and quickly found her place as an Assistant Manager at Blomeyer Fitness Center at Emory University in October 2007. She continued as Assistant Manager for four years when she was promoted to General Manager. In 2015 Shana sought out new challenges within the role of Director of Group Fitness, developing the program for Corporate Health Unlimited. With great success, she began pursuing the development of Massage in 2017. Both programs are thriving through her leadership.

Shana came to us with a B.S. in Sports Management with a focus on Health & Fitness. Within her 12-year tenure with Corporate Health Unlimiterd and over 20 years’ experience in the Health and Wellness field, she has also served as a Group Fitness Instructor and Personal Trainer.

Shana is dedicated to CHU and has excelled in team management and program development. She exudes her care of others through her passion for fitness. Shana is well-respected by her team as well as members within the fitness centers we manage. 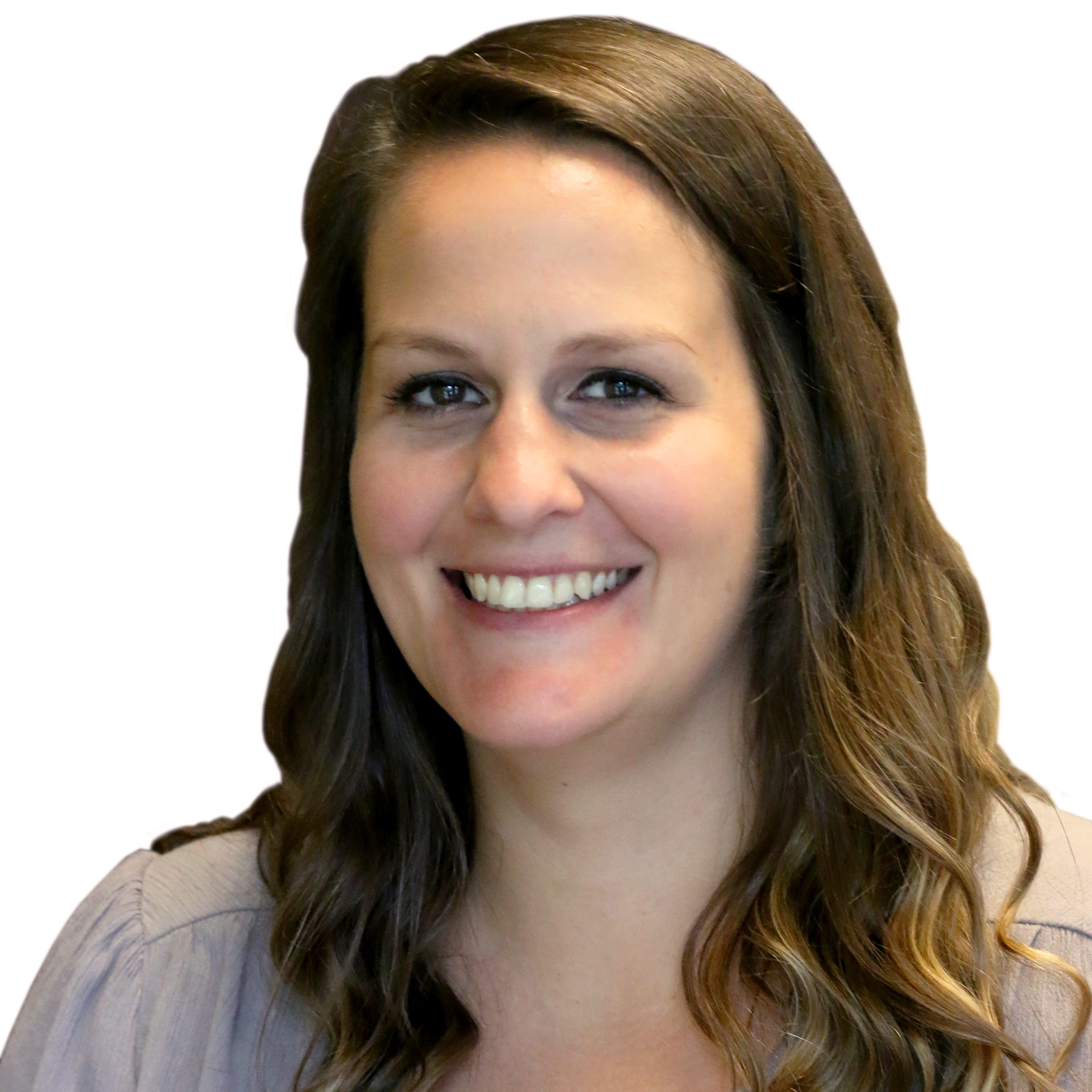 Kayla joined Corporate Health Unlimited in 2012 as a Guest Services Associate. She held both the Wellness Associate and Wellness Coordinator role before being promoted to General Manager of Wildwood Athletic Club in 2016. She was the General Manager of Phoenix Athletic Club from January 2017 to March 2018. Outside of work, Kayla enjoys sporting events, cooking, painting , and DIY projects.

Kayla Kelly is especially crucial in her role of managing the popular FitTrip program for all of our clubs as well as many other CHU wellness initiatives. 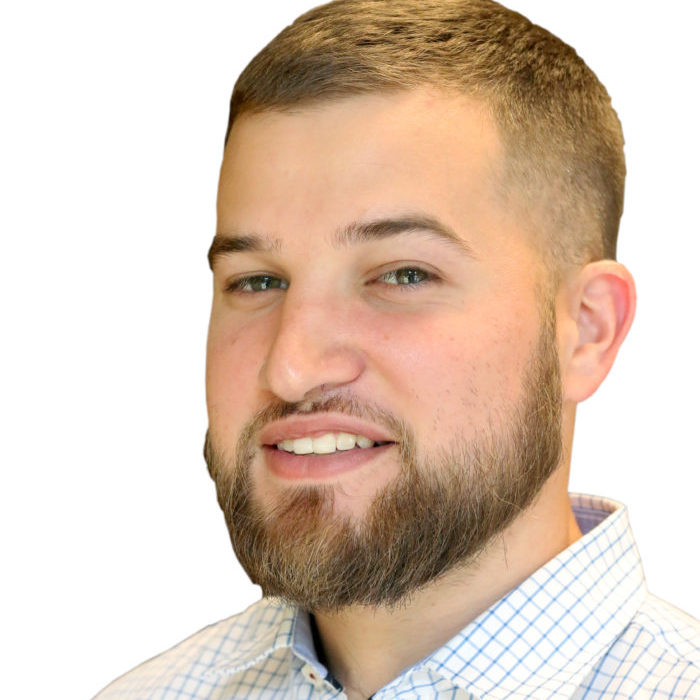 John Campbell has many years of experience in on-site, remote and multi-unit management of fitness centers.

He joined Corporate Health Unlimited in 2018 from Peak Fitness Solutions, a management service company primarily dealing in operations management of Snap Fitness franchises. John's focus and passion for the operational side of fitness centers makes him a great asset for our CHU team.

You will find John Campbell both in our corporate office and in all of our fitness centers. 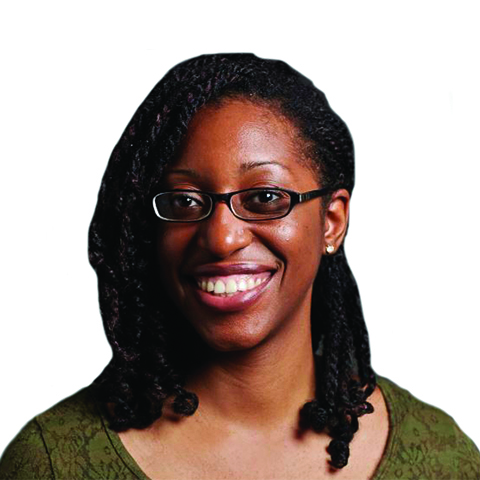 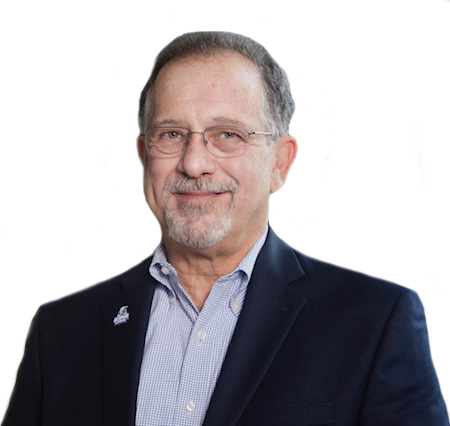 Prior corporate responsibilities include Vice President/ChiefMarketing Officerand Vice President/Group Publisher. As CMO, established the company’s corporate research department--responsible for the on-going quantitative and qualitative analysis of American business.  As Group Publisher, had overall management responsibility for 20 business journals and over 600 employees.

American City acquired The Sporting News (America’s oldest sports publishing company) in 2006. Served as Publisher for the first three years of ownership, seeing it through reorganization, redesign and digital transformation.

Adjunct Professor.Taught graduate classes (at night) in Business Communications, focused on soft skills, for the pure enjoyment of working with students.

The positive response received from the students and the school’s leadership led to make the full-time transition to education and RCB in 2015.

Advertising Manager, East Coast.  Responsible for advertising and promotion during the early introduction of Japanese motorcycles to the American public in a 20-state area.  Was given the opportunity to work with global headquarters in Japan as well as the establishment of Kawasaki’s first manufacturing plant in the United States (in Lincoln, Nebraska). Given Kawasaki’s success, and the desire to be in a senior advertising leadership position, switched from the client side of the business to supervising the Kawasaki account for J. Walter Thompson in Los Angeles.

Junior Sports Reporter.  Started as a summer intern in the sports department which included working for sports journalism legends Furman Bisher and Lewis Grizzard. After the summer, I was hired full-time and continued my education at Georgia State at night. At the AJC, was given the opportunity to write, edit copy, and learn page design.

Junior Achievement Volunteer of the Year, 2008

Current Board of Directors